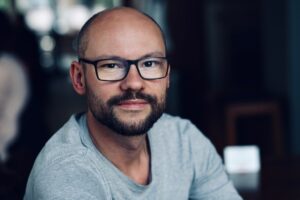 Alexej Bröse has been principal percussionist with the Dresden Philharmonic Orchestra since 2009. Before that he gained orchestral experience in the European Union Youth Orchestra Union EUYO, at the National Theater Mannheim and as a scholarship holder of the Orchestra Academy of the Berlin Philharmonic.
After his first musical experiences on the piano, he discovered his love for the drums at the age of 16. He discovered his love for the percussion and was accepted as a young student in the class of Prof. Edgar Guggeis at the music high school “Carl Philipp Emanuel Bach” Berlin. After graduating from high school he studied with Prof. Franz Schindlbeck, Prof. Rainer Seegers and Prof. Biao Li at the
Academy of Music “Hanns Eisler” Berlin.
Alexej Bröse received prizes at several national and international competitions, was awarded with the “Fine Arts Award” of the Arts Camp USA and performs worldwide with orchestras, as a soloist and orchestras, as a soloist and chamber musician, among others with the GrauSchumacher Piano Duo and the Ensemble Mediterrain.
Already during his studies Alexej Bröse was passionately engaged in teaching. Additionally, parallel to his percussion studies, he finished the Diploma in Education. He teaches orchestral percussion at the Hochschule für Musik Carl Maria von Weber Dresden and is a visiting lecturer for percussion at the Hochschule für Musik “Hanns Eisler” in Berlin.