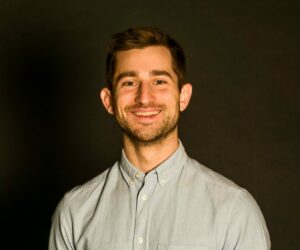 Sebastian Kolarz-Löschberger was born on 23 August 1990. At the age of 7 he received his first horn lessons from his father Johannes Löschberger at the Hartberg Music School. In 2005 he switched to Wilhelm Kalcher at the Johann-Josef Fux Conservatory in Graz. From 2001 to 2007 he won first prize five times at the national competition Prima la Musica.
At the age of 17, he began his concert studies at the University of Music and Performing Arts Vienna (MDW) in the class of Thomas Jöbstl, which he completed with distinction in 2015.
Since 2011 he has been solo horn player (co-ord.) in the Tonkünstler Orchester Niederösterreich. He also plays regularly as a substitute in orchestras such as the Vienna Philharmonic, the Vienna Symphony Orchestra and the Vienna Chamber Orchestra.

In addition to his work as a solo hornist, he is also a chamber musician in various ensembles, such as the Wiener Klangkommune and the Ensemble Soundartists.
Since autumn 2016, Sebastian Kolarz-Löschberger has been working as a horn teacher at the University of Music and Performing Arts Vienna.

Due to the regular mental challenges in his everyday professional life, mental training has long been an important part of Sebastian Kolarz-Löschberger’s musical activities.
He is particularly concerned that mental training is much more than preparation for a challenging situation at work or at university, but can help us to be more flexible and productive in every situation in life.
Since October 2021 he is a certified mental trainer and co-founder of the M2 collective.

Until the age of 17 he was an enthusiastic rock and pop drummer in various bands, is a passionate amateur sportsman and father of two children.