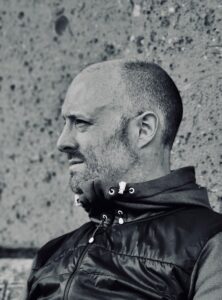 Tom Greenleaves was born and grew up on the south coast of England. Following unsuccessful attempts to fulfil his childhood dream of learning the horn, Tom started playing timpani and percussion at the age of twelve.

Tom was a member of the National Youth Orchestra of Great Britain before going on to study at the Royal Academy of Music in London. During this time, he was a member of the European Union Youth Orchestra, an experience which contributed significantly to his growing passion for the German orchestral culture. After graduating in 1999, Tom moved to Germany in order to continue his studies with Rainer Seegers.

Tom was appointed to the Gewandhausorchester in 2006.

Tom is a passionate teacher, giving frequent masterclasses at conservatoires and courses across Germany, Austria, France, Great Britain and the United States.